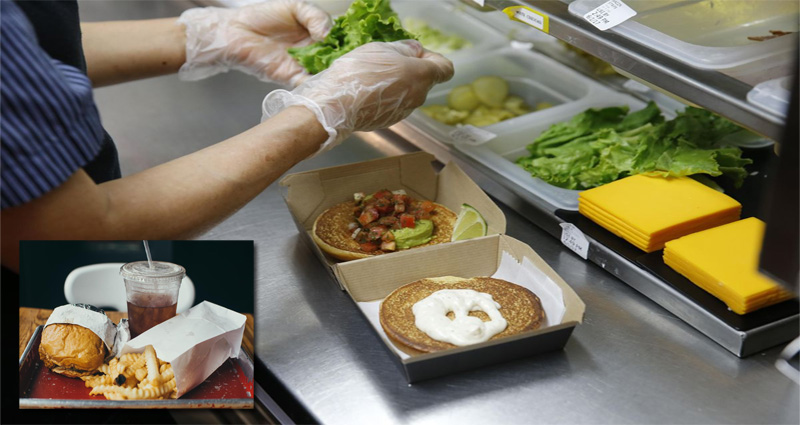 What we eat and the challenges for a healthy diet have changed significantly over the past decade.

In particular, we are all aware that added sugar is much more harmful to our health than we thought back then. We are now much less convinced that fruit juice — consumption of which is 15 times that in the 1970s — is much healthier than sugary soft drinks.

While fast-food chains have tried hard to offer more healthful options, new studies find that the health impact of their menus has not improved — to the contrary. It is increasingly contributing to obesity, say researchers

A study, led by Boston University, demonstrates that the calories, portion sizes, and sodium content overall have increased over time and remain high.

If you are looking for fast-food restaurants that have some healthy options on the menu, US-Reviewshas the best recommendations.

How Fast Food Has Become All The More Unhealthy

In a study led by Boston University — which appears in the Journal of the Academy of Nutrition and Dietetics, the researchers analyzed the variety, portion size, and nutrition of entrées, sides, and desserts offered by 10 of the most popular fast-food chains in the U.S. over roughly 3 decades.

This study was based on the menus they made available at three points in time: in 1986, 1991, and 2016. The team analyzed menus from Arby’s, Burger King, Carl’s Jr., Dairy Queen, Hardee’s, Jack in the Box, KFC, Long John Silver’s, McDonald’s, and Wendy’s.

In the study paper, the investigators stated that “These restaurants were chosen because the nutritional information on the key nutritional variables of portion size, energy, and sodium was available for each of the 3 years being analyzed.”

They discovered that the total number of starters, desserts, and side dishes increased by 226 percent or 22.9 items per year.

It was also discovered that the portion of sodium in all menu categories was higher, while iron levels were higher in desserts.

Changes in calcium and iron levels, particularly in desserts were recognized as positive developments since they are essential nutrients for good bone mass and preventing anemia.

The researchers went on to say that there are better foods with fewer calories and sodium.

“Despite the vast number of choices offered at fast-food restaurants, some of which are healthier than others, the calories, portion sizes, and sodium content overall have worsened (increased) over time and remain high.” concluded lead investigator, Megan A.  McCrory, Ph.D.